Introduction
The Publication of Kuhn's influential book The Structure of Scientific Revolutions is one of the most important points in the history and philosophy of science studies and has raised many debates among philosophers and historians of science. One of the most interesting implications of Kuhn's thesis is the incommensurability of scientific paradigms and its related concepts. Paul Thagard is one of the philosophers who reacted to Kuhn's incommensurability thesis and tried to show how, by appealing to cognitive computational theories, the incommensurability problem could be resolved. In this essay, after introducing Thagard’s Conceptual Change Theory and review of one case study, we will survey the implications of Thagard's theory on scientific growth and the history of science and present two critiques.
Summary
In this essay, in the first part, we have tried, by the introduction of concept constituents and representation based on Thagard’s Computational Philosophy of Science to show how he explains conceptual changes and revolutions in the history of science. Thagard considered concepts as complex structures like neurons in neural networks which are organized in kind and part hierarchies and relating to each other by relevant weight. Thagard described four types of relations between replacement and substituent theories: incorporation, sublation, supplantation, and disregard. Sublation and supplantation are the important types of theory change processes that have been introduced by Thagard to describe scientific revolution. If T1 partially incorporates T1 while rejecting aspects of T1, then T2 sublatesTl and if T2 involves the near-total rejection of TI, then T2 supplants T1. As Thagard claimed, other than disregard, all of the other three types of scientific theory change accept some degree of cumulating in substituent theory. As we have reviewed in Thagard’s case studies, which he referred to as radical conceptual revolutions; such as Lavasiour and Darwin's revolution, there is at least some amount of evidence and method cumulating in substituent theory. On the other hand, it could be interpreted that Thagard somehow accepted the semantic holism theory. In this paper, an argument has been posed which shows that these two claims are contradicted. The premises and conclusions of the argument are shown as below:
1. According to the holism theory of meaning, the meanings of concepts are determined by their relation in a conceptual web or hierarchy.
2. It could be interpreted that Thagard confirmed the holism theory of meaning.
3. Scientific Revolutions –either occurring as sublation or supplantation way – make dramatic changes in the conceptual hierarchy of existing theory in comparison with substituent theory.
4. Thagard declared that in the dramatic scientific revolution, there are at least some method and concepts
5. Thagard stated that evidence could be evaluated independently. In other words, he denies the theory dependency of evidence.
6. Premises1, 2 and 3 are contradicted by 4 and 5. Because, by accepting the holism theory of meaning, there is no way to evaluate apparent common evidence of rival theories independently without considering their relation to existing and substituent theories.
Thagard and some other philosophers like Nancy Nersissian claimed that Thomas Kuhn's mistake is that he has not considered the gradual nature of conceptual changes which has been revealed with the help of cognitive science. They believe that in the theory change stage a gestalt shift is not occurring as Thomas Kuhn thought, for practitioners and advocates of existing and substituent theories or paradigm's, so there is not a sharp and clear boundary between rival theories and advocates of each theory could realize each other's experiments. As a final point, we will show by review of a historical case – the Quantum Mechanic revolution- that the gradual nature of scientific change would not imply that there is not a boundary at all and in principle it could be conceived a final point -albeit not clear- existing theory totally replaced by substituent theory and practitioners of new theory conform their mind by the exemplar, method and tradition of a new theory.
Conclusion
In this paper, we study Thagard's theory concerning concept structure, representation, and conceptual change. After review of an important case study, we reviewed four types of possible relations between existing and substitute theories. As it has been shown, Thagard believed that at least evidence and methods accumulation take place even in radical revolutionary theory change. By providing an argument, we have tried to show that the holism theory of meaning, which seems to be accepted by Thagard, is contradicted by evidence accumulation. On the other hand, by reviewing a historical case-study we have tried to show that Thagard’s argument against the gestalt shift theory of Kuhn, is confronted by a problem. 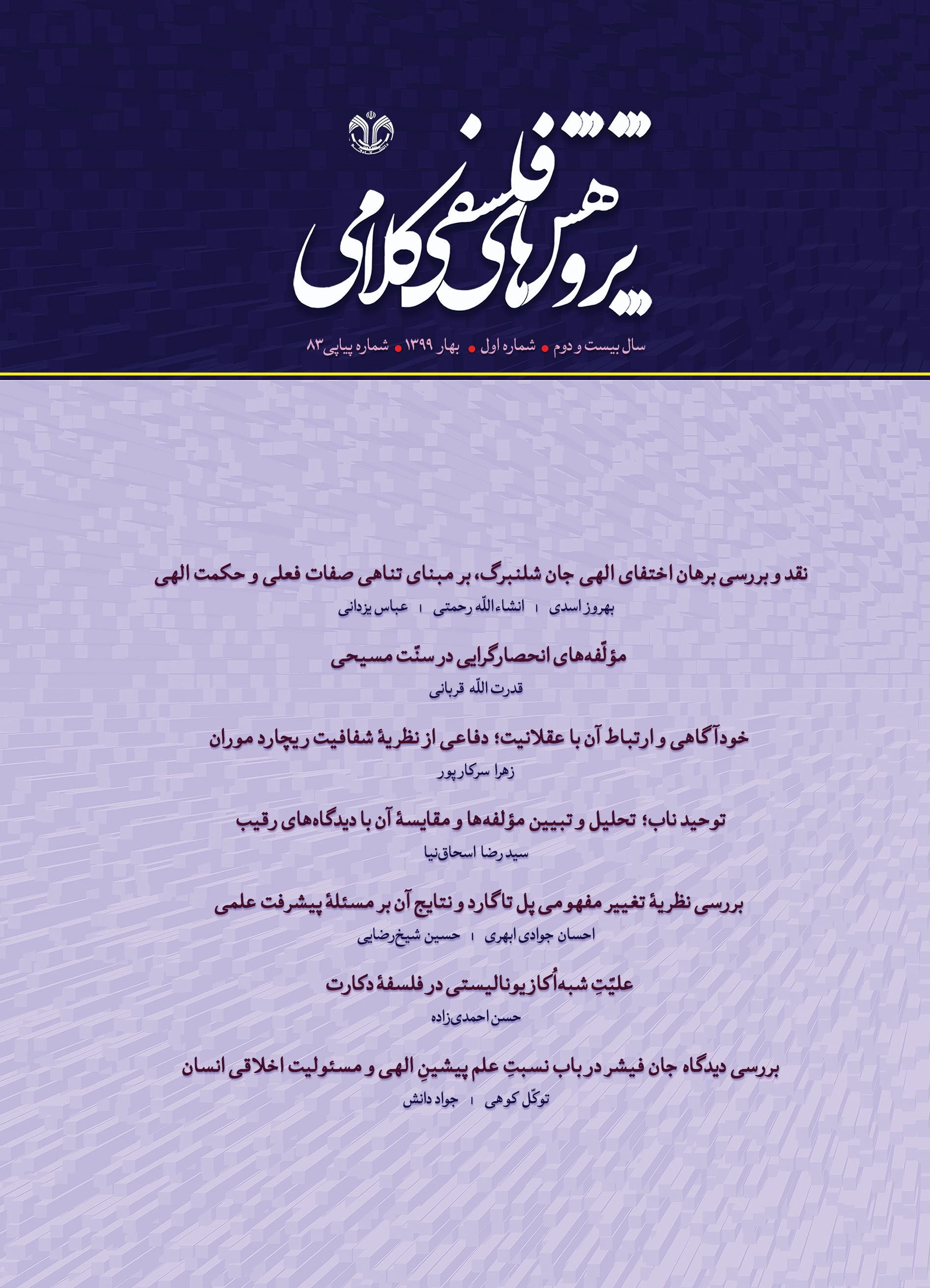