This paper seeks to explain and evaluate, by an analytic method, the conflict between determinism and free will from the viewpoint of two physicalist reductionist philosophers, namely, Daniel Dennett and Sam Harris. Dennett is a compatibilist philosopher who tries to show compatibility between determinism and free will, while Sam Harris is a non-compatibilist philosopher who turns to determinism with the thesis that our thoughts and actions have been pre-determined by the neurobiological events associated with them, and thus, considers free will to be an illusion. Therefore according to him, we are not the authors of our thoughts and actions.  However, Dennett tries to establish the existence of free will through the use of concepts like control and deliberation and defends ‘free will worth wanting’. Therefore, if we take the agency of the agent and the absence of determinism as two criteria for free will, Dennett accepts both and Harris denies them; since there is neurobiological determinism, and all of Dennett's deliberations, etc. are also determined neurobiologically. Between the two conditions of free will, Dennett accepts that the origin of action must be in the agent; however, he refutes the condition of alternate possibilities, establishing his view based on a causal theory. As a Neo-Darwinist, he explains human beings’ physical and mental phenomena based on evolution theory and despite accepting causal determinism, he shows how the agent can still have agency in decisions and actions. As a result, he does not consider determinism to requisite compulsion. In his philosophical system, one can change the future that has not yet taken place. This decision-making regarding the future takes place through the process of deliberation, which has a special place in Dennett’s view. On the other hand, by adhering to Libet’s neurological experiments, Harris refutes both conditions of free will and considers the cause of all human being actions to arise from activities of the brain and concludes that one cannot have any conscious control over one’s actions. As a result, he emerges as a non-compatibilist determinist. In both his works, The Moral Landscape and Free Will, Harris addresses the topic of free will. In Free Will, he criticizes the view of compatibilists like Dennett, who responds to those criticisms in his article, ‘Reflections on Free Will, Review of Sam Harris’ Free Will’. Like Harris, Dennett too addresses free will in his two important books, Elbow Room and Freedom Evolves.
Following an analysis of the views of Dennett and Harris and explaining the criticisms of the two regarding each other, the present article will show that neither Dennett, considering the rest of the elements of his philosophical views in philosophy of mind and philosophy of action can well justify compatibilism, nor can Harris, considering his neurological approach defend his determinist idea. The conflict that is present in Dennett’s views causes his explanation of the agent being the origin of his action to also be indefensible.
Furthermore, due to the incompatibility of the different elements of his view and the vagueness of his idea regarding the effect of unconscious intentions on action, Harris too is placed in a weak position. In contrast to Harris’ supposition, a human is not “a puppet [who] is free as long as he loves his strings”; rather, a human chooses, makes decisions and acts according to his own will. As a result, despite the objections that apply to both philosophers, Dennett’s view is more acceptable than Harris’ in terms of the effort to justify free will; even though neither have been apparently successful in defending their own ideas. 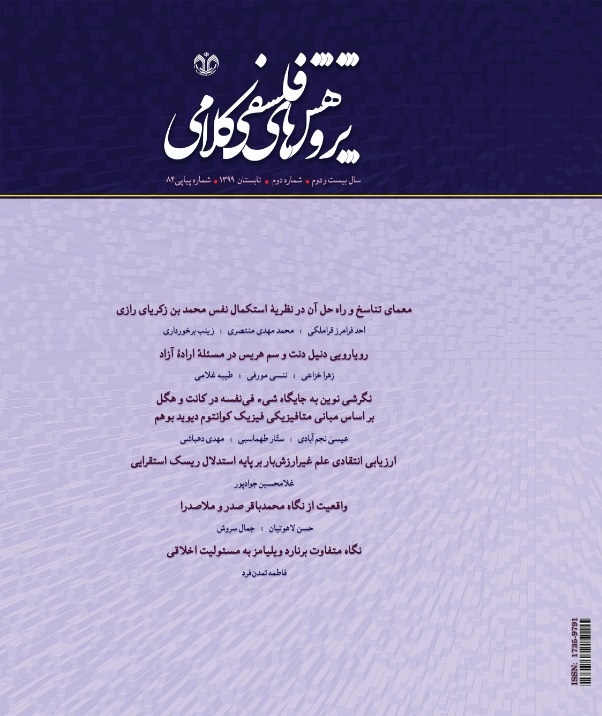