A Comparative Study of Cognitive Science of Religion and Reformed Epistemology

Reformed epistemology, based on the reliability of the functions of cognitive faculties, holds that one can believe in God directly without argument or evidence. Alvin Plantinga, one of the proponents of this view, replaces justification with warrant in the classical definition of knowledge and considers true belief, which has a warrant as knowledge. On this basis, he considers it reasonable to believe in the existence of God because it has a warrant and arises from our healthy cognitive faculties without the need for an independent argument. Some defenders of the cognitive science of religion also seek to provide evidence from cognitive science to explain religious beliefs in such a way as to show that there is a natural mechanism in man to know God. They argue based on this mechanism in favor of the existence of God. Justin Barrett, one of the leading proponents of this view, uses a mental bias called the Hyperactive Agency Detection Device (HADD), which is evolutionarily developed in humans, to explain the process of generating belief in supernatural intentional beings, including God. In recent years, efforts have been made to integrate these two approaches and use the experimental results of cognitive science to validate reformed epistemology. The 2010 joint paper by Barrett and Clark, the former a cognitive scientist and the latter a reformed epistemologist, is a prime example of this effort. Although this paper lists some of the differences between the various perspectives in cognitive sciences of religion and reformed epistemology, its ultimate goal is to show the correlation and convergence of the two approaches. One of the similarities emphasized in this article is related to a particular type of cognitive faculty, called the sense of divinity or Sensues Divintatus, and in both approaches is mentioned by various terms.
While acknowledging some similarities between the two theories, the present paper seeks to undermine the view that tries to use the cognitive science of religion as a scientific basis for validating reformed epistemology. This task has been done in this article by pointing out and providing evidence in favor of the fundamental differences between the two theories. In this article, two arguments are presented to show their fundamental differences.
The first argument is based on differences in the origins and roots of the two theories. According to this argument, HADD as a cognitive tool in Barrett’s theory can be counted as a mediator, proof, or scientific evidence to prove God; while the foundation of reformed epistemology is to put aside these intermediaries and explain the rationality of belief in God, without resorting to an argument. As the scholars of the cognitive science of religion agree, what creates human bias towards intelligent factors is a spandrel or byproduct property that is not adoptive in the human evolutionary process. Some of them consider the generation of this property as the reason for the existence of God, but regardless of whether this argument is true or false, human cognitive biases in this argument are mediations to prove the existence of God. Accordingly, the two theories, despite their apparent similarities, are fundamentally different.
The second argument emphasizes the difference in the goals or visions of the two theories. The main concern of the cognitive science of religion, according to Barrett, is how to produce belief; while the main concern of reformed epistemology is the rationality of belief. In fact, by relying on HADD, one can only remark on how a belief is made, regardless of its rationality. However, this does not meet the purpose of reformed epistemology. In reformed epistemology, Plantinga considers belief in God to be a kind of basic belief that we are reasonable to accept. Here, some have said, the belief produced in the evolutionary process can also be reasonable. This claim can be examined in its place, but so far as the ultimate goal of the cognitive science of religion is the explanation of belief production, and it is different from the ultimate goal of the reformed epistemology, that is, the explanation of the rationality of belief, it is sufficient for this article to show their differences. 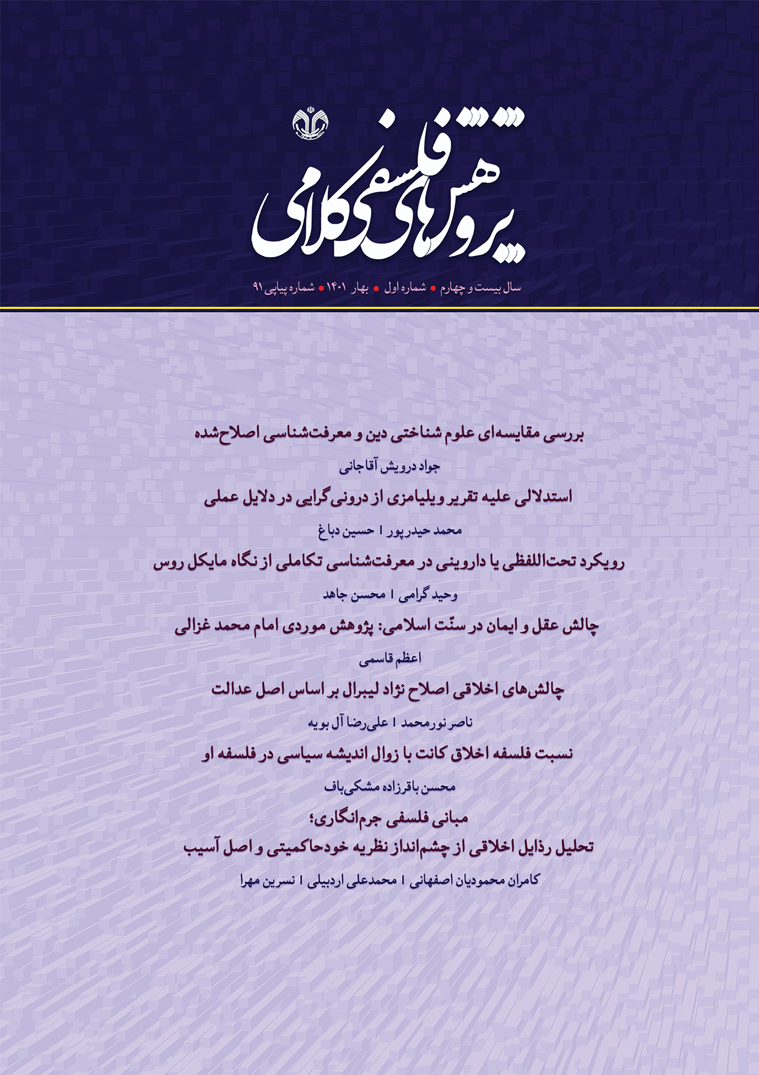