Influenced by Hume, Searle denies the non-physical essence of the soul, but in two stages he has distanced himself from Hume and put forward his theory of the “Formal Self”. This paper describes Searle's theory, then shows its shortages by rational analysis.
Hume saw each perception as distinct from other perceptions. According to Searle, in this case, it is impossible to distinguish between one consciousness having ten experiences and ten different consciousnesses each with one experience. On the other hand, the existence of the body is essential for having a series of conscious experiences. The sequence of conscious states must have a physical realization. Now there is a neo-Humean account of the self, according to which the self is an embodied brain in causal contact with the world, carrying unified and expanding conscious fields.
Secondly, Searle argues for the necessity of a non-Humean self by proposing three gaps between psychological antecedents and voluntary action:

Thus, primary psychological causes are not sufficient causes for voluntary action. But if the gap between the psychological causes and the action is not filled, voluntary action will not be realized. According to Searle, to fill this gap requires an irreducible non-Humean notion of the self. This Searlean notion is neither an experience nor an object of experience. Just as in visual perception, the perspective is an absolutely formal condition for the comprehension of experiences and has no other substantive or real properties, the Searlean self is also an absolutely formal but more complex concept.
The formal self is the result of Searle’s scientific worldview and materialism. Because of his ontological materialism, he denied the soul as being an immaterial, body-independent substance, and when he does not find Hume’s view as satisfactory to the interpretation of conscious action, he doesn’t turn to dualism, but rather suggests a formal self. This formal self does not clearly differ from denial of the self. In the analogy of the soul to perspective, the perspective is the condition of understanding the visual perceptions, but perspective itself is not something that can be perceived and has no real characteristics. The Serlean self is a formal notion whose postulate is the condition for the realization of voluntary action. Although according to Searle, the formal self is an identity with consciousness, perception, rationality, the ability to act, and the ability to regulate perceptions and reasons to perform voluntary actions based on the assumption of freedom, he does not mean that this identity is an objective reality; because in this case, he should accept the duality of soul and body, while he strongly avoids this. The Searlean formal self is not an external objective fact. As a result, it cannot bear the heavy burden of filling the three gaps. 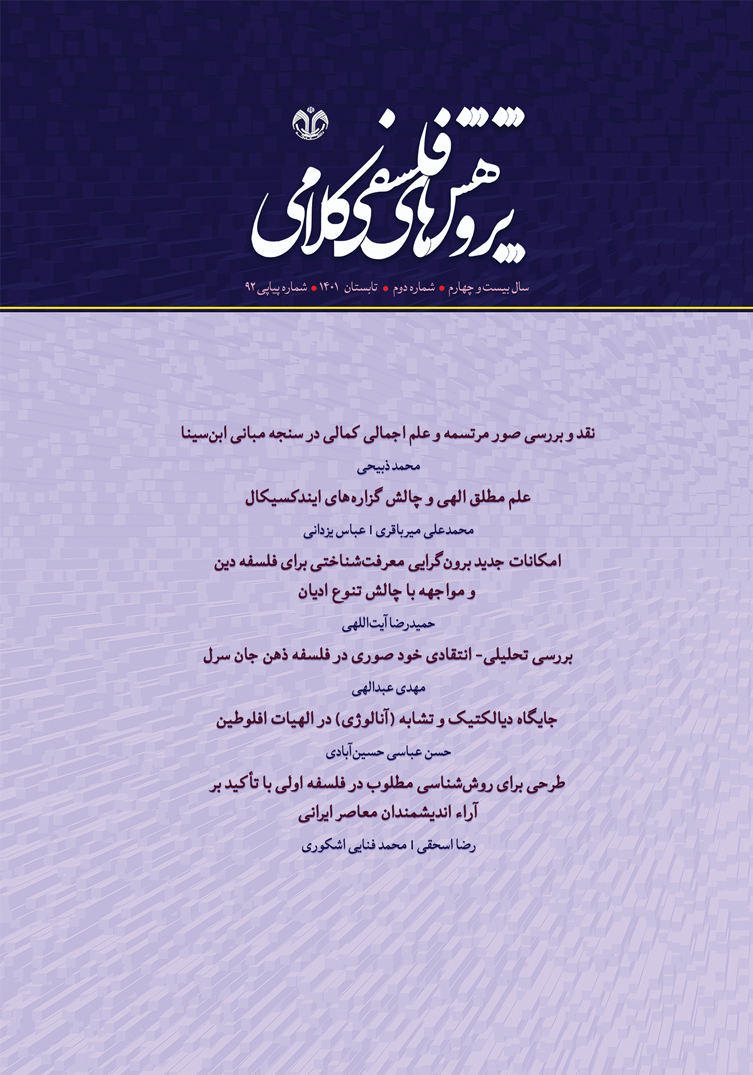